For some reason GoodTask is creating duplicates of multiple non-default Reminders lists. The duplicates appear only in GT, not in the Reminders app, and they appear on both the Mac and iPhone versions. If I delete the duplicates, they appear again either spontaneously after a period of time or after the app is closed and reopened. I've not found a way to prevent the duplication.

Does anyone have any thoughts, or a fix? Screenshot included. 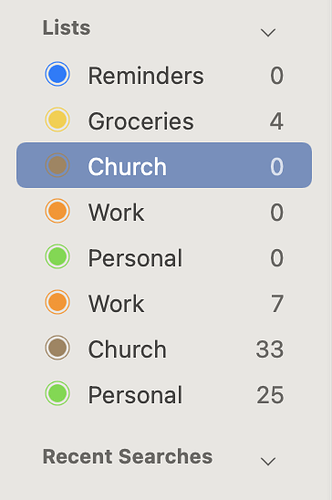 Hi @j_j, thanks for the feedback.

If the issue persists, please send me your list details (Settings - Lists & Calendars) to contact@hahaint.com

Good morning, and thanks for the speedy reply. I tried your #2 a few minutes ago and already see the ghosts again. Am preparing to send the requested info by email momentarily.