Hi everyone. Finally GoodTask 4.9 has come.

On this update, you get much better performance along with new iOS 13 features including multi-window and conversational shortcuts. Check below for details. 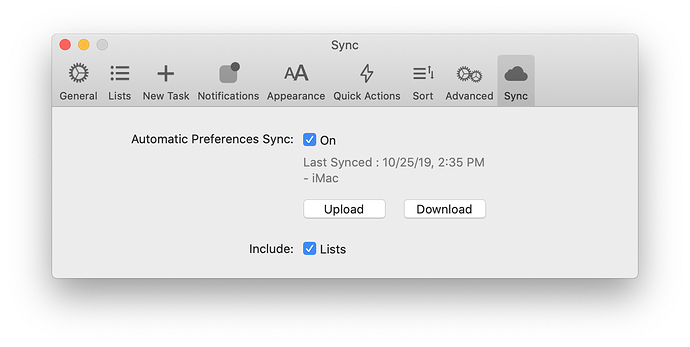 s6.jpg1484×748 115 KB
Comment : iCloud Sync menu has moved up the ladder and became top settings option. You can choose to use 'Automatic Preferences Sync' like before which does the sync automatically or use manual 'Upload / Download' button to selectively sync at your needs. 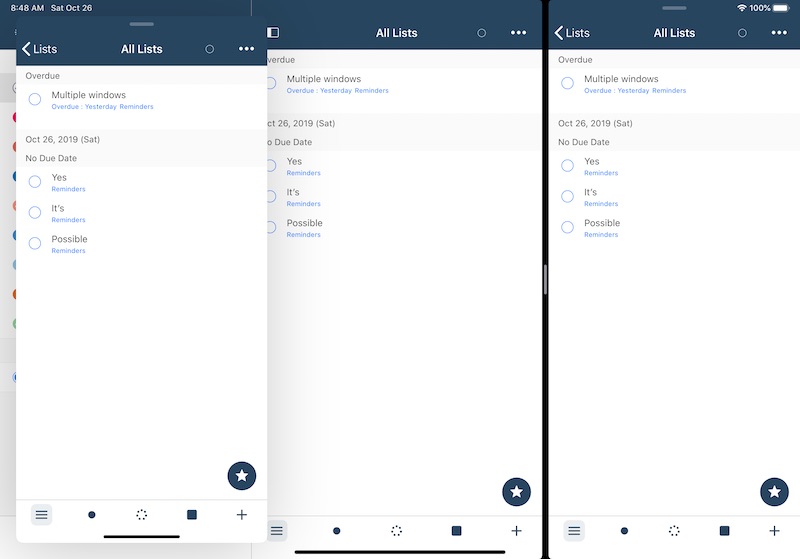 Comment: Yes, it's possible to have 3 GoodTasks on one screen

While you may not notice, there are lots of things going on under the hood. I've made an indicator when the app is communicating with Reminders database. On iOS, it's hidden on top of the tasks next to search icon. You can only see it if you pull the tasks down like below screenshot. 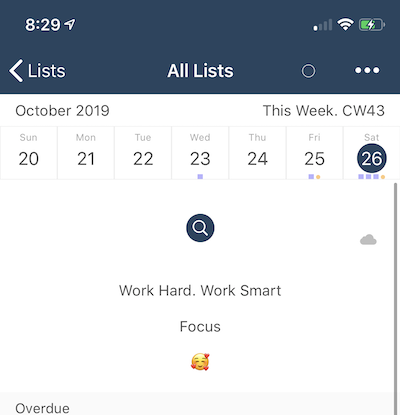 Also the indicator has changed to an icon on macOS version to simply inform rather than give distractions.

You don't need to give those icons attention since it'll just do their job even if you're not in the app but it would be nice to know when you want to know the current status.

Hope you enjoy the app and get more things done. Now I'll start working on next update with more exciting new features. Thanks!

Although the app store suggests I have the current version,the about screen days 4.8.5.

No, it should show 4.9. This is somewhat common issue on Mac App Store.

If all doesn't work, you may need to re-install the app.

I'm talking ios did I miss something.

I had to force the update on my Mac too.

For other reasons I deinstalled and reinstalled the app on my iPhone and iPad before the last update. After installing the new update (4.9) the smart lists wasn’t there anymore. Had to create them again. When i did this, there were som weird behaviors, like no list count of tasks (There was neither a zero nor a number to be seen in the list view. Had to restart the app). This never happened before. And now i can see that the Apple Watch app doesn’t work. As soon as i try to click the complication, the screen flickers for a moment but then nothing. Doesn’t open the app.

Since upgrading to 4.9 I no longer see the icon to ‘Open URL’ when I swipe on a task, despite this working before updating. I have removed and reapplied the setting and also restarted the app without success. Other swipe actions are there and work as expected.

Anyone else seeing the same thing?

I also don't see the "open URL" option on swipes.

@BoEast, do you mean all your lists were reset and went to default? About the watch app, does the app not opening at all? Would you try re-installing and see how it goes?

Hi and thanks for the reply. I don’t know how it is supposed to work but I did delete GT on both iPhone and iPad and I know that I have to install the theme again in this situation. But when i opened the app, only the native reminders lists were there. My smart lists were replaced with the default ones that are there when you install for the first time. All the other settings seemed to be ok though.

Thanks for detail info.

Would you try below?

I'm not getting any crash reports yet to figure out in more detail. It may need some time.

Tried it now. Even did a hard reset on the watch in between. No change.

I'll check when report comes in. Would you give me what device and watchOS version you're using? Thanks!

More weird things are happening. Every time I edit a smart list, there is no list count when I come back to the list view. I have to close and open the app.

Thanks for the report. It’ll be fixed soon. Meanwhile you may edit list on the lists page by swiping. I’m sorry about inconvenience.